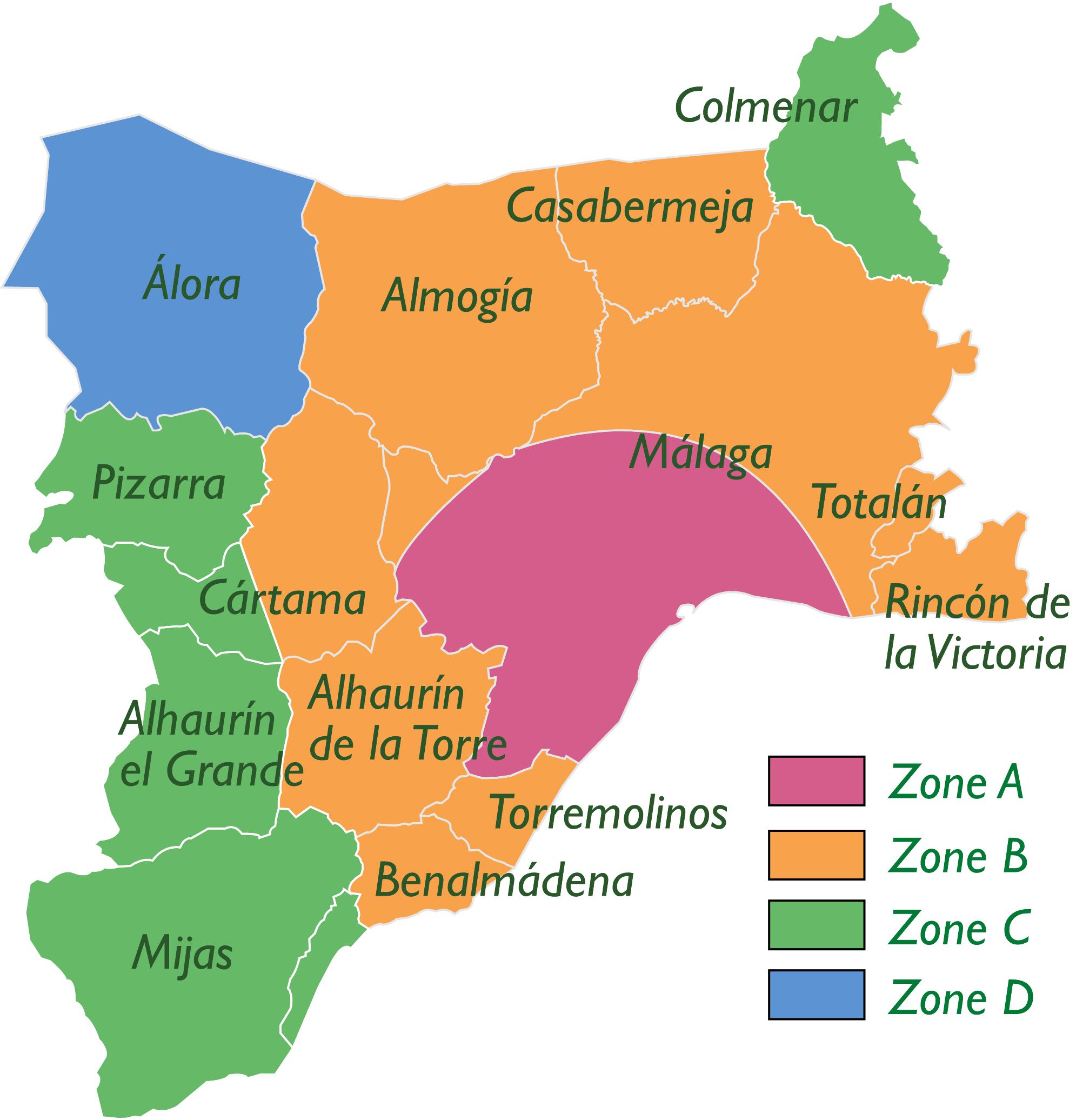 The Consortium’s ticket system is based on fare zones. This means that the fare paid by the passenger is calculated according to the number of crossing fare zones made during a single journey (fare crossing).

e.g. Travelling from Malaga (zone A) to Colmenar (zone C), involves two changes of zone (from A to B and from B to C), so this is considered a 2 fare crossing journey.

Some special bus services provided by the Consortium have their own fares and are not governed by the zone system.