What is the Bicycle Scheme?

The Andalusian Bicycle Scheme, the first of its kind in Spain, is a unique initiative that reflects the commitment of the Ministry of Public Works and Housing to an urban model which challenges the hegemony of the car and promotes the sustainable use of public spaces. The project aims to make the bicycle a viable alternative to the car for daily travel in our cities by creating practical, safe, convenient bicycle networks.

The aims of the scheme are to encourage increased use of this means of transport and to introduce strategies that will help to achieve the regional and environmental objectives set by the Andalusian Regional Government. As part of the Andalusian Government’s sustainable mobility policy, it will take into account not only road infrastructure but also complementary elements such as parking, intermodality, measures to raise citizen awareness and systems of management. 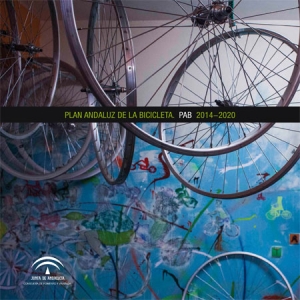 The bicycle will play a key role within a new concept of mobility based on encouraging journeys on foot, by bicycle and on public transport instead of by car.

Its positive effects on the environment and citizen health, combined with its greater efficiency on journeys of up to 5 km in length, give the bicycle a significant advantage in comparison with other modes of transport. Cycling also provides an opportunity to enjoy sport, leisure and tourism.

Andalusia’s climate, combined with its rich natural and cultural heritage, make it an ideal region in which to enjoy cycling in all of its different forms. Bicycle tourism will help reduce the seasonal nature of tourism by bringing its benefits to larger rural areas while at the same time ticking all the boxes as far as environmental sustainability and  regional development are concerned.

In recent years, there have been a number of initiatives in terms of the creation of infrastructure on various scales and the provision of bicycle-related services: green routes, green gateways, bicycle lanes, public bicycle services, and intermodal services (public transport + bicycle).

With so many measures and initiatives being taken, a common framework for action is required. We also need to establish a series of criteria to ensure coordination and compatibility, as well as a plan of action to promote increased bicycle use in Andalusia.

Once the Bicycle Scheme had been devised, the process of having it approved was set in motion in accordance with the conditions of Section Five of the Formulation Agreement. Following the favourable verdict of the Draft Commission, the plan was made public via the Order of 16th July  2013 issued by the Ministry of Public Works and Housing and a two-month hearing process for the public administrations concerned began.

Finally, once the mandatory reports had been received, the scheme was approved via Decree 9/2014 of 21st January.